With the upcoming launch of a new executive condominium, Piermont Grand, it is a good time for us to look at how those newly MOP Executive Condominiums have performed over the past few years. These newly MOP-ed Executive Condominiums was also thought to be launched at relatively high prices during their time, between SGD 650 to 750 PSF. So, it would be interesting to see how well they have performed over the past few years.

For those uninitiated, Executive Condominiums (EC) are full facilities condominium developed by private developers with their land prices subsidized by the government. Buyers have to meet a set of criteria to purchase a brand new Executive Condo from the developer. In general, the buyer has to be Singaporean with a combined income of less than SGD 14,000 per month and have not enjoyed subsidized housing for more than two times. After they purchased, they can only sell the place after the projects have fulfilled the minimum occupation period of 5 years. For details on Executive Condo, you may visit https://www.hdb.gov.sg/cs/infoweb/residential/buying-a-flat/new/eligibility/executive-condominiums.

With that, let’s head back to the main topic.

Based on the time frame chosen, there is a total of 5 Executive Condos that TOP between Jul 2013 and May 2014 as below:

Analysis based on Average PSF 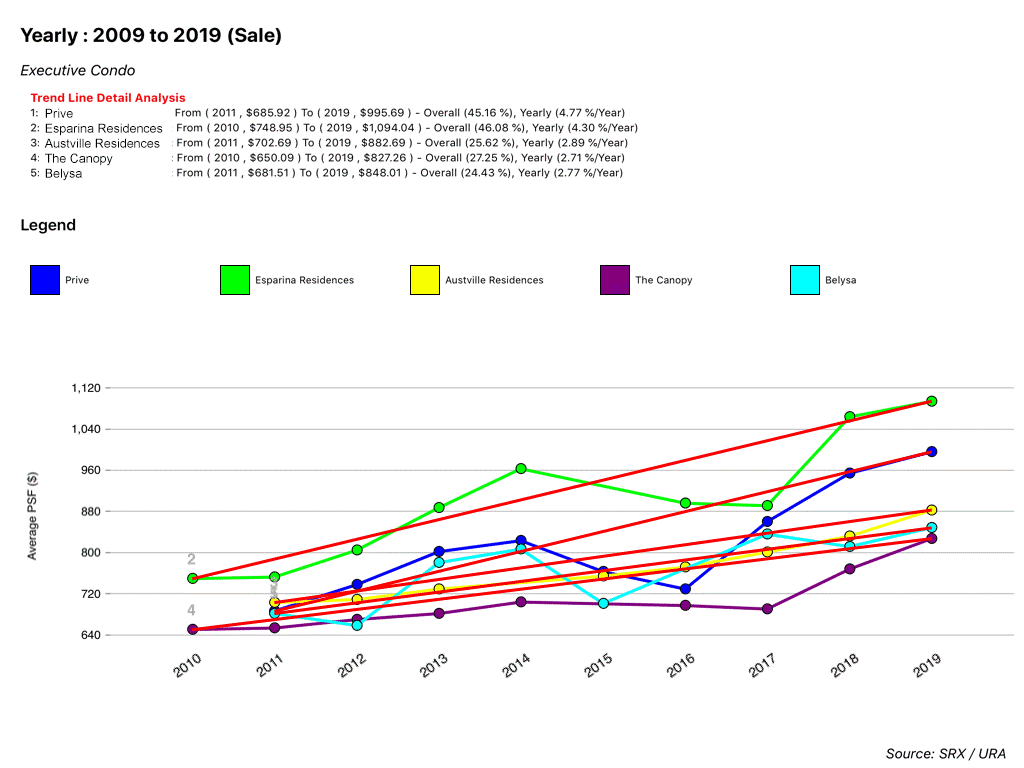 From the transacted average price per square foot (PSF) trend, it is clear that all the Executive Condos that just MOP recently has made remarkable capital appreciation over time. Esparina Residences has made an impressive gain of 46.08% over 9 years, followed by Prive with 45.16% gain. The rest of the projects are faring pretty well too, at around 25% gain over the last 8 years.

But how do the Executive Condos compared to their comparable counterpart, Private Condos? 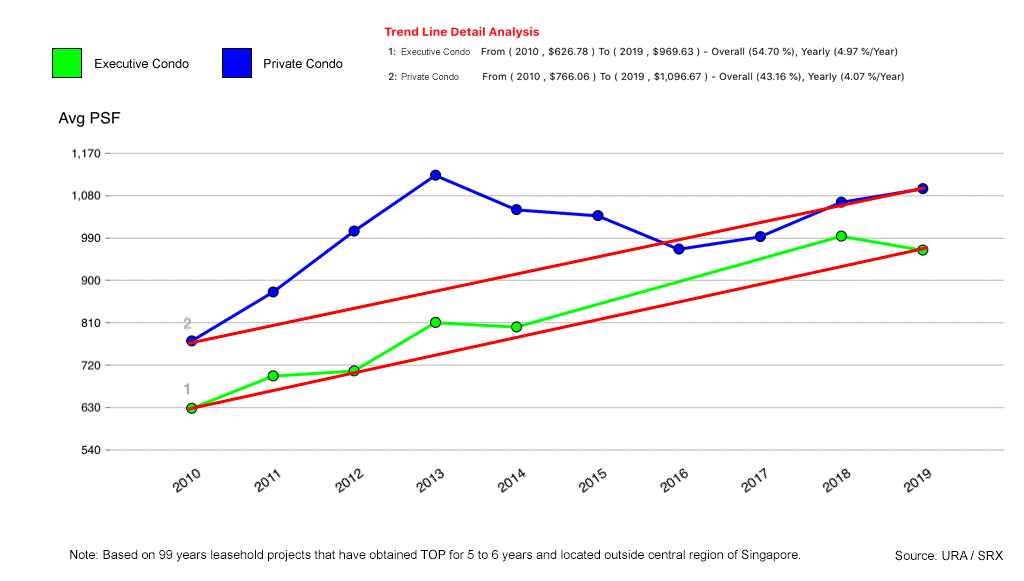 How does each Executive Condominium stack up against Private Condominiums within the same locality? 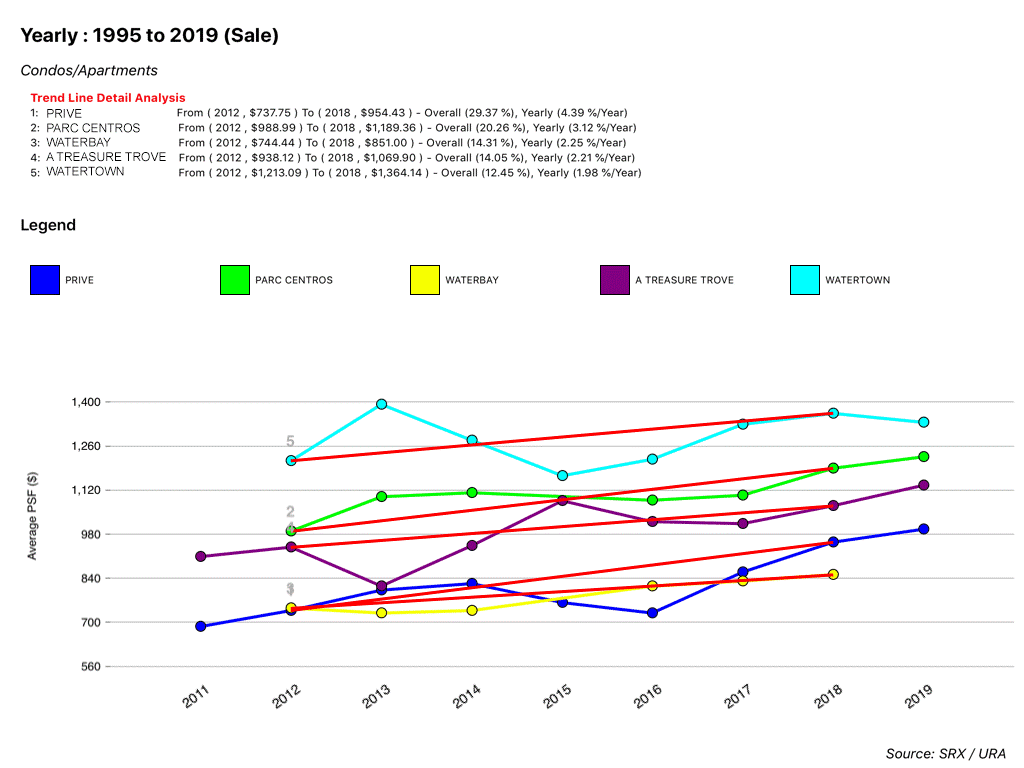 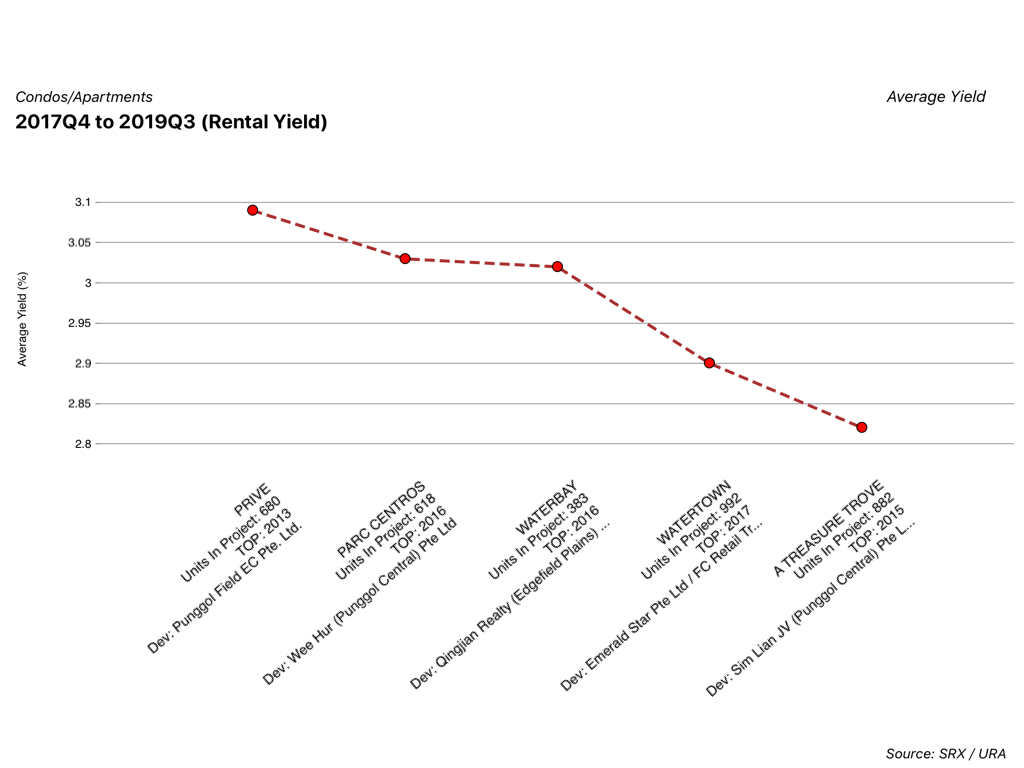 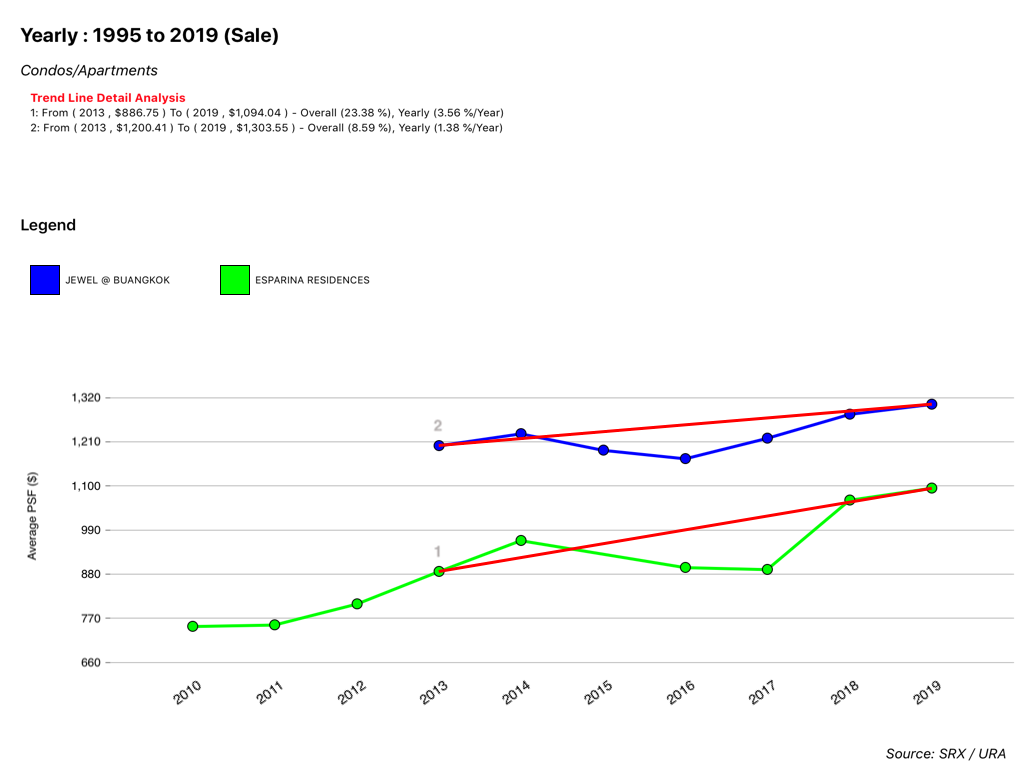 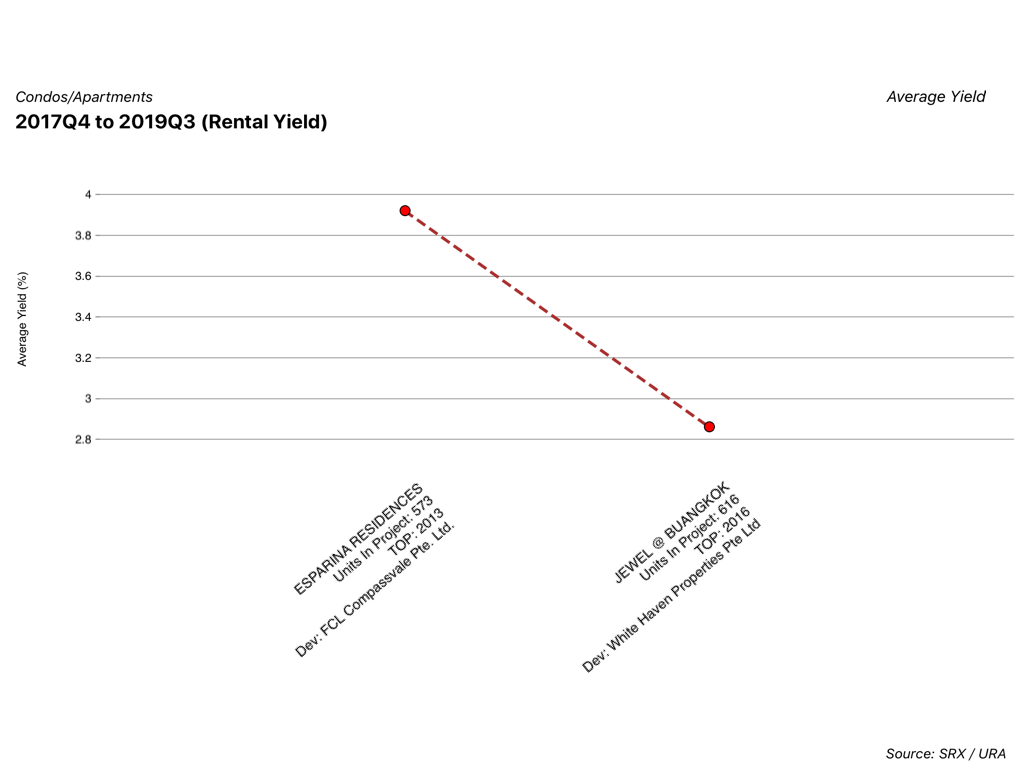 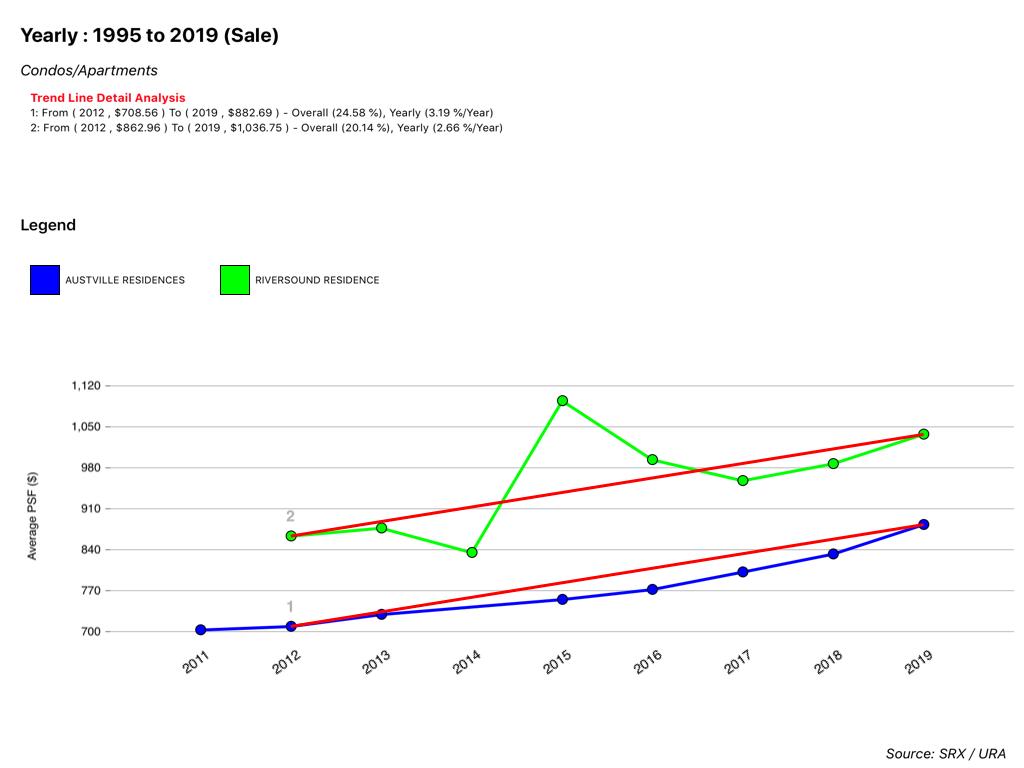 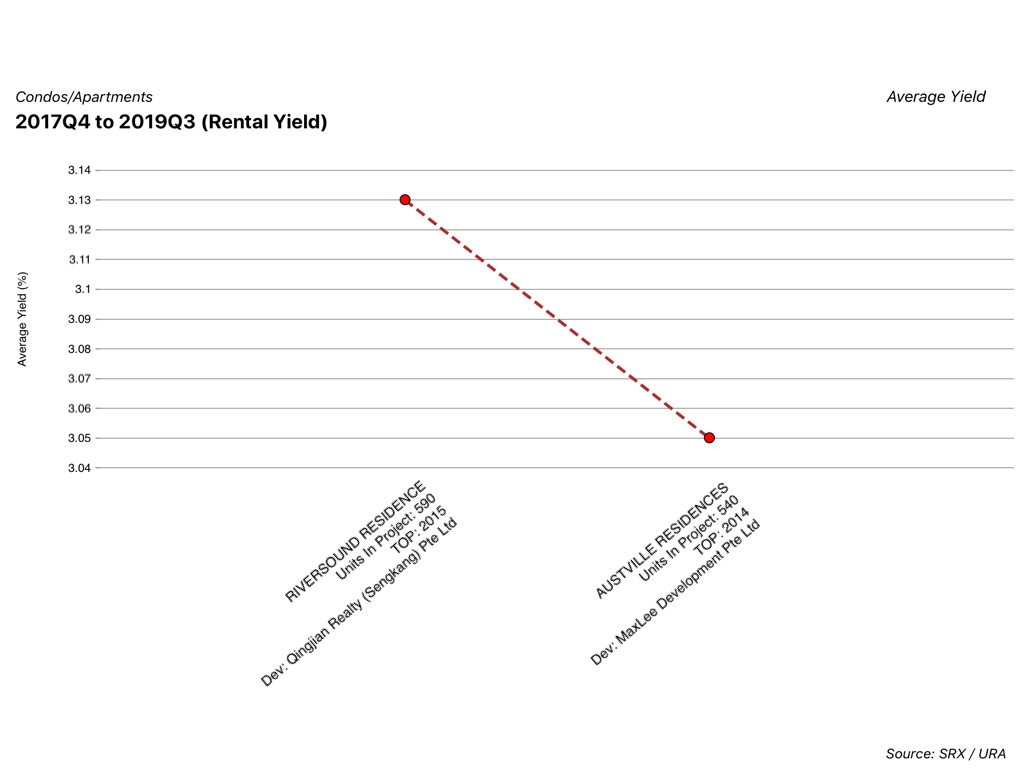 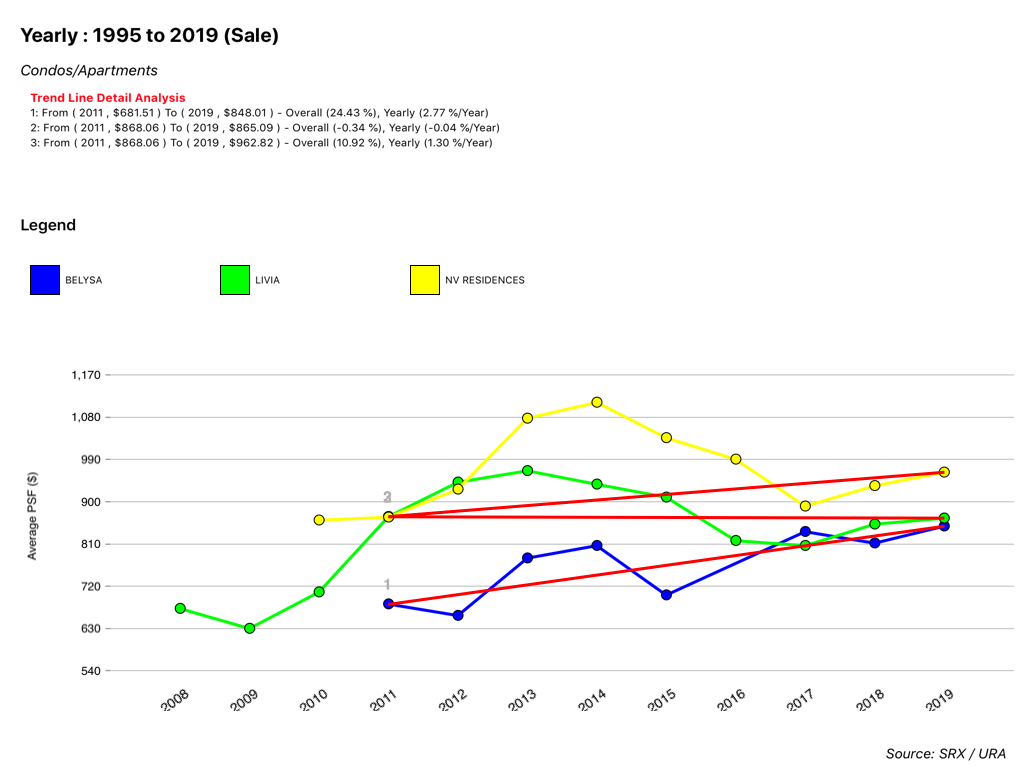 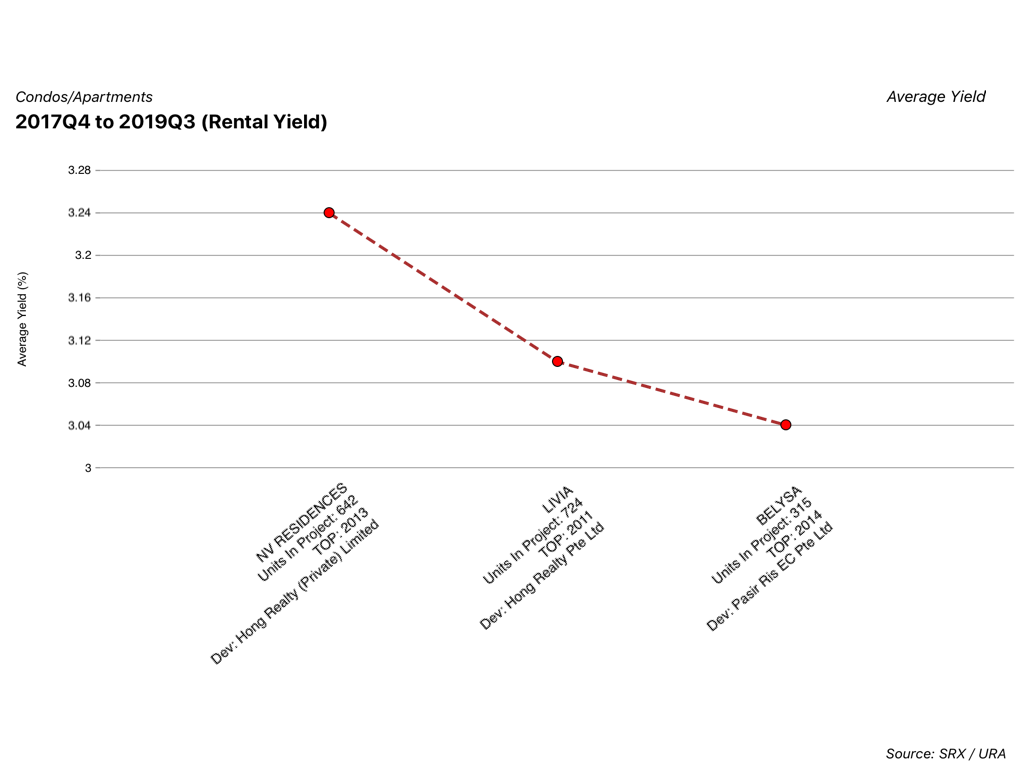 Note: The Canopy is not compared as I am unable to identify suitable private condominiums for comparison. If you know of any, feel free to write to me.

Indeed, based on recent MOP-ed Executive Condominiums, like many have touted, there is a good chance to make money by buying a brand new Executive Condominium and selling it in the resale market. However, if you are planning to hold the Executive Condominium for rental income, you have to put in more effort to analyse its rental potential to maximize your dollars. Nonetheless, Executive Condominium, in general, is a good investment and it makes it easier for you to own your 2nd properties. How? Well, that’s a topic for another blog. So, do subscribe to my newsletters to receive my next exciting blog post. 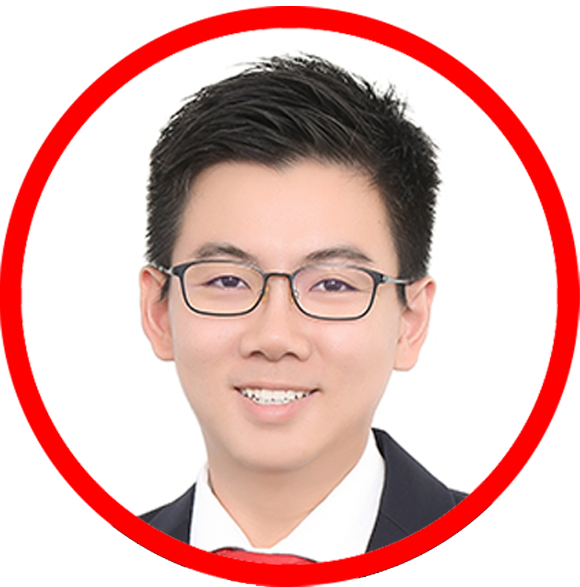